On August 27, Canadiens will be able to place single-game sports bets adding to parlay wagering, which is already allowed throughout the nation. The expansion of the nation’s sports betting market has generated a lot of excitement from bettors in Canada.

On Thursday, the news was announced at the Fallsview Casino Resort in Niagara Falls by Minister of Justice and Attorney General of Canada David Lametti. The announcement was made two months after Bill C-218, the corresponding legislation was passed and given royal ascent in Canada.

Bill C-218 authorized single-game sports betting in Canada by amending the Canadian Criminal Code. The legislation will give provincial governments the right to allow sports betting. It will be managed on an individual basis, like in the United States with state governments.

Since parlay betting was allowed throughout the nation, all Canadian provinces will likely have sports betting available for residents in some capacity. Currently, offshore sportsbooks are live throughout Canada, but they are unregulated.

Bill C-218 gives provinces the ability to regulate offshore sportsbooks, which has not been done in the United States. This will provide offshore sites more validity, but they will be hit with taxes, which is currently not the case.

In addition to offshore sportsbooks, regulated platforms like DraftKings, FanDuel, PointsBet, BetMGM, and Barstool Sportsbook have targeted Canadian provinces. If these sites are approved, they will likely not launch until the end of the year.

However, Canadiens will have access to sports betting for the NFL season opener when the Buccaneers host the Cowboys on Thursday, September 9.

Provincial Lotteries Have an Advantage

It takes time to launch online sports betting for large providers like DraftKings and FanDuel, which is why they will be on hold until the end of 2021. Although, Canadiens will be gambling on the NFL season opener through provincial lotteries. 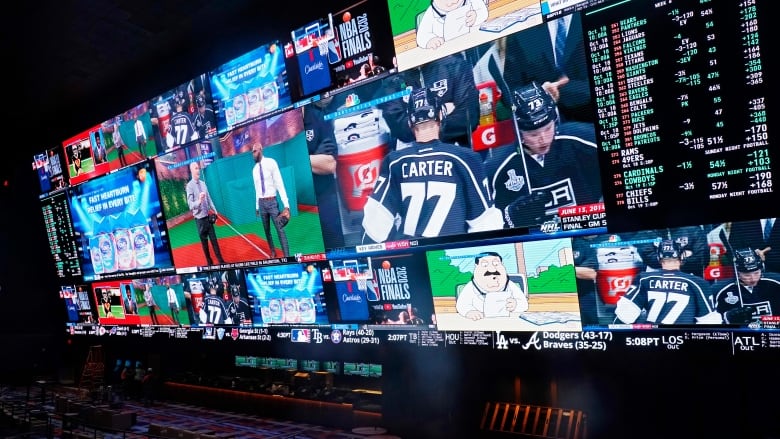 Additionally, Alberta Gaming, Liquor, and Cannabis will launch single-game sports betting through PlayAlberta. The lotteries could only offer parlay betting because the parliament feared game-fixing in individual provinces, which was harder to complete with grouped wagers.

The legislation could not come at a better time for Canada because of the COVID-19 pandemic. The nation was devastated by the virus, so the additional revenue from sports betting will speed up the recovery process.

Federal elections are occurring in September throughout the provinces, which could affect the betting rollout. Nevertheless, provincial lotteries are scheduled to start offering betting on August 27, with regulated online platforms to follow by the end of 2022. There are very few people in Canada who do not support sports betting because of the financial return and the fact that wagering has been occurring since 1992.

Tanner Kern
Tanner Kern is a former Division I football player at Lafayette College and a graduate of the University of Connecticut. He is currently a writer for USA Wager and the Sports 2.0 Network. He also contributes on knupsports.com, baseballspotlight.com, basketballarticles.com, footballtakes.com, bettingblogger.com! You can connect with Tanner over on Twitter @tannerkern_.
You might also like
CanadaNews
MORE
Read More
14