The Alabama vs. Arkansas prediction is an interesting one. The Alabama Crimson Tide (18-5) are heading to the Arkansas Razorbacks(17-5). This is a top 25 showdown in the SEC. Alabama is on a three-game winning streak as a lost a close one to #15 Missouri 68-65.

Meanwhile, the Arkansas Razorbacks are on a four-game winning streak as they lost a hard-fought battle against Oklahoma State. Both teams try to extend their win streak as these two teams are set to clash tomorrow.

The last time these two squads, it wasn’t much of a competition. The game was already over for the Razorbacks at the end of the first half. Alabama went on to rout Arkansas 90-59 due to a poor shooting effort by the Razorbacks.

Here is my Alabama vs. Arkansas prediction!

Alabama and Arkansas shot preferences differ as Alabama prefers to shoot behind the three-point line as Arkansas likes to shoot inside shots.

The Crimson Tides drains 38.2% from behind the arc in comparison to their counterparts, the Razorbacks, who shot 34.9% from the same range. However, these two squads have similar free goal percentages.

Alabama is one of the most lethal 3-point shooting teams in the nation, as it is second overall with 10.9 three-pointers per game.

Arkansas is ranked ninth with 82.5 points per game.

Alabama and Arkansas are very solid at converting shots when they have the possession. They both convert around 46 percent from the field, which is good to be the 60-70th in that category.

In order for the Razorbacks to be successful in this game, they need to limit the number of threes the Crimson Tide takes throughout the game.

On the other hand, the Alabama defense has shown no mercy to opposing shooters, rating them in the elite territory, rating them as high as ninth in the country in defensive field goal percentage. 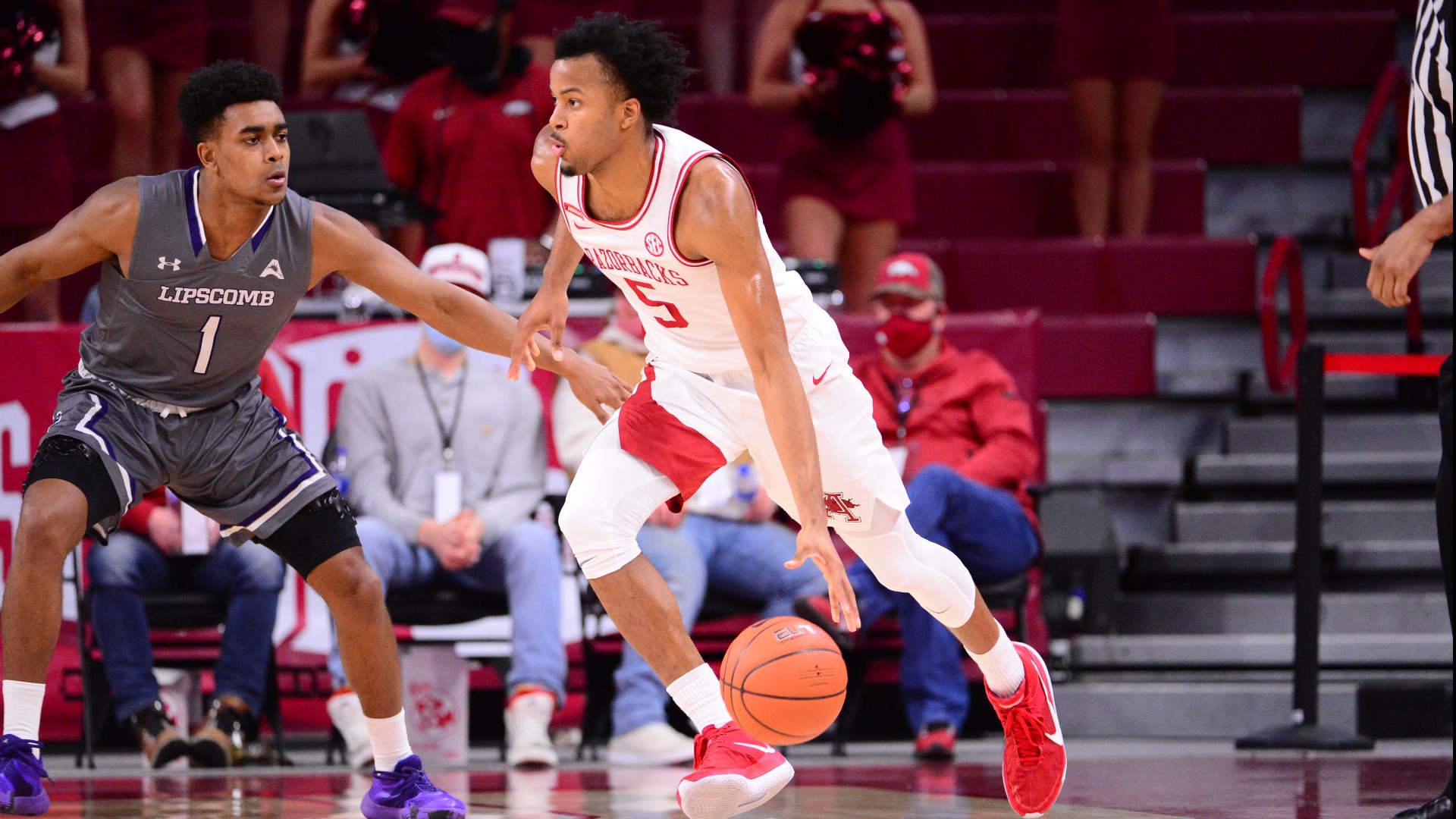 Moses Moody had a big game for the Razorbacks in their last matchup against the Crimson Tide. He had 28 points while going 10-25 from the field with 9 rebounds. The team will have a tough time winning if he struggles to shoot the ball as he did against the Florida Gators.

Jaden Shackleford shot well against the Razorbacks piling up 16 points in just 23 minutes in their last matchup. He went 4-7 from the three-point line. He also had an excellent game against the Vanderbilt Commodores from the two-point line but went 1-9 from behind the arc.

Raptors vs Heat Prediction
Next